Globacore Scales Up to Large-Scale Multi-Player VR with OptiTrack

Corvallis, OR—December 21, 2017—Digital experience agency Globacore specializes in the design and development of emerging technologies for experiential marketing. Founded in 2004, the award-winning creative technology company prides itself on being a facilitator of the recently possible, so naturally, it was an early adopter of virtual reality (VR) technology, backing the original Oculus Kickstarter. With a DK1 in hand, Globacore completed its first VR project, PaperDude VR, an internal demo showcasing the technology’s possibilities. A homage to 80s classic arcade game “Paperboy,” the experience allowed participants to virtually pedal through a 8-bit neighborhood while cycling on a real stationary bike. Following the success of PaperDude VR, Globacore has continued to explore new VR possibilities as the medium has evolved. 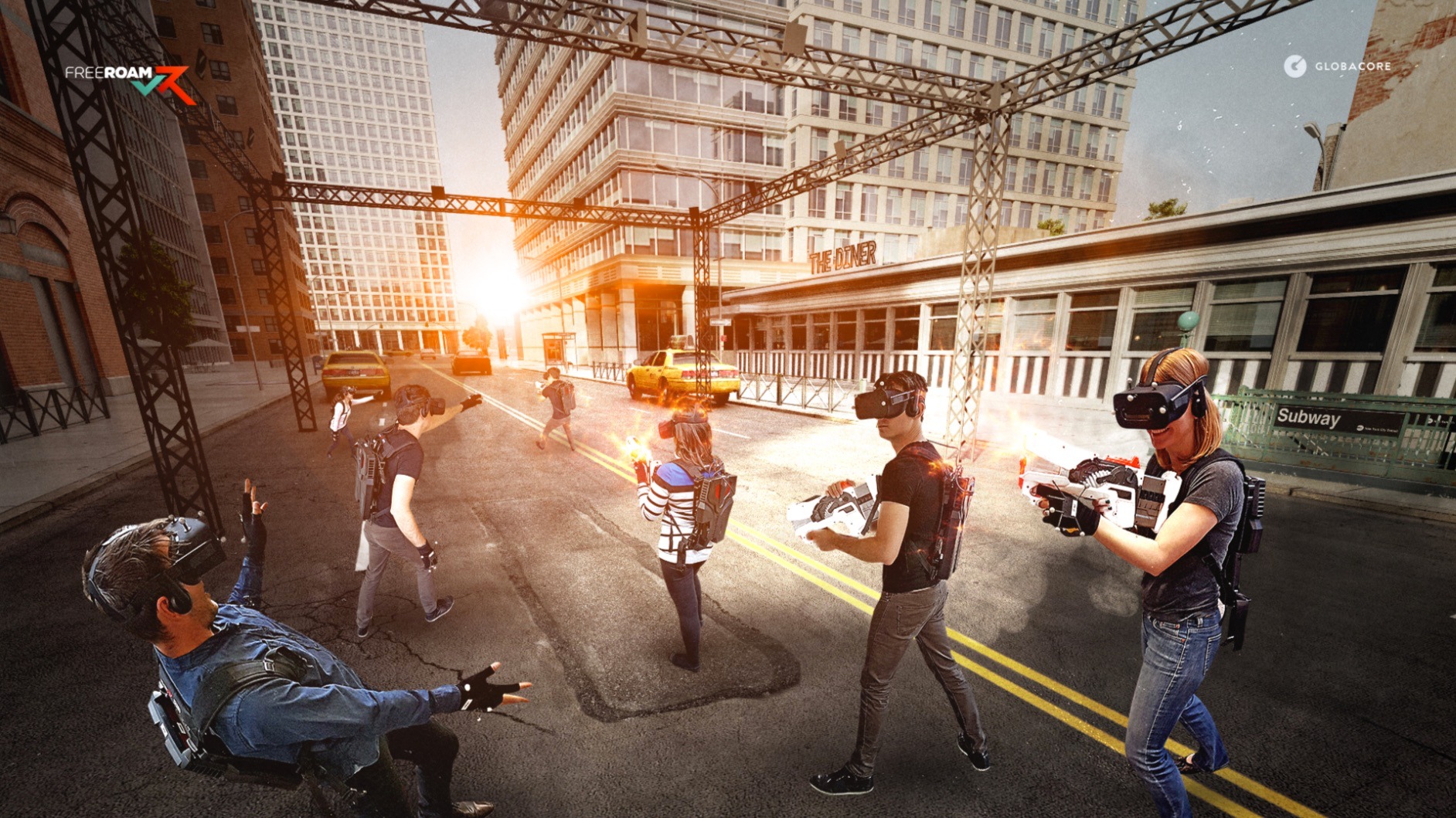 In April 2016, Globacore made the leap to untethered large-scale VR, developing Escape Tomb VR, for the Samsung Developer Conference. The Mayan Temple-themed escape room required participants to solve puzzles in VR, picking up objects and moving them to various locations around the 20ft × 10ft space. OptiTrack cameras tracked the positional data of objects in the space, which was then streamed over Wi-Fi to a Galaxy S7 in the Samsung Gear HMD.

“From assistance in putting together our initial prototype to providing real-time support during setup of our first free-roam installation, Jeff Beavers [OptiTrack’s Director of Interactive Technologies] made us feel extremely comfortable rolling out OptiTrack for our projects. We found OptiTrack’s pain-free calibration, understandable software, and fantastic support were significantly better than other systems we evaluated. We are not surprised that OptiTrack is the system of choice for leaders in the VR space,” shared Globacore CTO John Bolton.

Though Escape Tomb VR was extremely well received, the experience underscored an area for improvement. Since the majority of Globacore’s VR installations are for high traffic events like trade shows, the company recognized that higher throughput was needed. Having participants wait for three hours for their turn on a five-minute experience was not ideal so Globacore focused on optimizing its workflow for creating multiplayer experiences.

For Intel’s Developer Forum in August 2016, Globacore built an untethered two-player VR experience, Virtual Code Battle. Using a 20ft × 25ft footprint and OptiTrack cameras for tracking, the experience arms participants with a weapon to take out computer bugs in a “Tron” style environment. Able to roam freely within the space, communicate via headsets and see each other in the virtual environment, participants work together to destroy bugs.

With each new project, Globacore has extended its capabilities. From November 2016 to February 2017, the company delivered seven free roam VR experiences, all using OptiTrack tracking technology. Recently, Globacore has focused on building experiences with a 60ft × 30ft footprint that can accommodate up to eight participants at a time. This newest venture debuted at Augmented World Expo (AWE17) in Santa Clara in late May 2017 and leverages a unique combination of OptiTrack Active and passive tracking technology. Most of the experiences created by Globacore are temporary installations, and Bolton has been impressed with how OptiTrack technology performs on the road. “The detailed walkthrough of the hardware and software gave our team confidence in building with OptiTrack, allowing us to setup an experience in the chaos of a trade show floor without worry. It’s awesome knowing we can have a warehouse scale VR experience up and running in a couple of hours and easily train our on-site team to manage it and set it up for the next event,” he added.

OptiTrack, a Leyard Company, has established itself as the worldwide leader in 3D tracking systems by delivering the very best in 3D precision, low latency output, easy to use workflows, and a host of developer tools. Serving primary markets in Virtual Reality (VR) tracking, drone and ground robot tracking, movement science studies, and character animation for film and games, it remains the favorite solution for academia and professional teams whose tracking requirements are the most demanding in the world.