During his 15-year career as a war photographer, Karim Ben Khelifa has been driven to invent new ways to engage audiences and provoke them to think deeply about war. He is the author of the VR and AR project “THE ENEMY”, produced by the French production company Camera lucida productions, France Télévisions Nouvelles Ecritures, the National Film Board in Canada, Emissive and Dpt. A combination of technology, science and journalism, THE ENEMY VR experience deviates from traditional media depictions of long-standing conflicts and humanizes the opposing combatants. Participants come face-to-face with representatives from each side, brought together virtually to explain their backgrounds, personal beliefs and hopes for the future. The first installment features a Palestinian and an Israeli soldier, with additional interviews in progress. 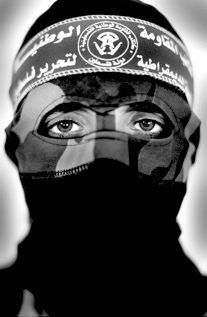 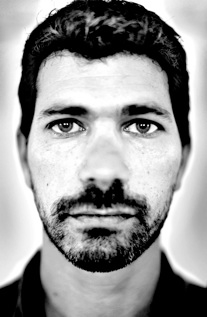 Presence is key in VR. When a participant can move freely in virtual space and use their body and senses in a realistic way, the more heightened a VR experience becomes – especially an experience as emotionally-charged as “The Enemy.” Early previews of “The Enemy” could accommodate up to three participants in an area of 50 square meters, with the head position and orientation of the users tracked with six OptiTrack Prime 13W cameras. The final version of “The Enemy,” expected to launch in 2017, will be able to accommodate up to 20 users in a 200+ square meter area. 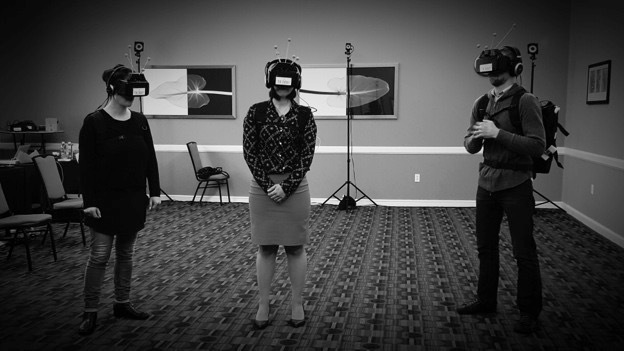 To film the soldiers in Gaza and Tel Aviv, then in RDC or El Salvador, the producers developed a portable setup easily transported by a crew of four. Four cameras captured footage of the subjects standing against a white background, while a Microsoft Xbox Kinect captured 3D images of their movements. Each interview was completed in about an hour, and then the captured data was sent to Emissive, where a team of more than 20 engineers, artists and technologists worked to reconstruct the content in 3D.

Since the prototype debuted in 2015, “The Enemy” has toured the world, even as Ben Khelifa and Camera lucida and Emissive continue to work on the project. Using a portable tracking system that’s easy to install and adjust, “The Enemy” can be showcased in a wide variety of different spaces and still facilitate a high degree of presence for the maximum impact. As the project grows, Emissive is able to easily scale the camera count to accommodate larger volumes and more participants.

“The Aim Assist button on OptiTrack cameras makes installation smooth and precise, and being able to see the captured volume in 3D is mandatory when we optimize the virtual space. We also like how custom layouts allow us to quickly switch between calibration and our tailor-made layout: a big 3D view, the streaming pane and the project pane.” - Fabien Barati, CEO, Emissive