Team Captures Data from More Than 160 Attendees in Four Days

Visitors at DreamHack Summer 2015 held June 13-16 in Jönkoping, Sweden had the opportunity to go head-to-head with potato chip-eating vampires in an interactive 3D game developed and designed by creative services company Imagination Studios, a part of the Goodbye Kansas Entertainment Group, and integrated marketing agency Onemotion. Powered by an OptiTrack Prime 13 mocap system, the game enabled players to take down their foes in real-time with a UV light rifle. It was created on behalf of Swedish chip company Estrella for the popular digital festival, which attracted over 23,000 visitors.

“We wanted to create a challenging and unexpected experience that would motivate attendees to give emerging technology a try in a simplified form. Beyond being technically feasible, the experience needed to be fun and also push the boundaries of our comfort zone,” said Imagination Studios Motion Capture Supervisor and Line Producer Samuel Tyskling. “We hadn’t heard of anything similar being done before, so we decided to give it a go. We put our OptiTrack system to work and leveraged its flexibility and precision.” 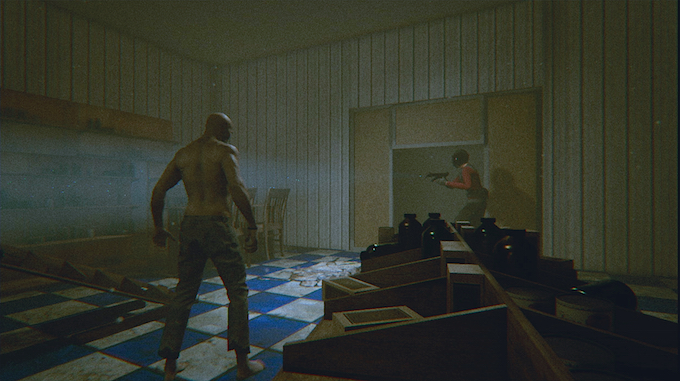 From concept to completion, Imagination’s team drew upon established technical expertise in motion capture, 3D animation and previsualization to execute the project in under four weeks. To facilitate an interactive experience, the team developed the game in Unreal Engine 4 and then streamed live motion capture data from players on-site directly into the engine – a first for the studio. Outfitted in a mocap suit with reflective markers, each player in the volume was tracked by 12 OptiTrack cameras surrounding a 4m x 4m area. Using OptiTrack Motive software, real time skeletal data was streamed into Unreal using a third-party plugin from Ikinema. Each session was recorded with Blackmagic Design Media Express so that participants could share their experiences via Facebook and Instagram.

“We were pressed for time at DreamHack, especially because we wanted to give everyone a chance to try it, and our OptiTrack gear made everything run smoothly. Everything was quick and easy – from setting up the cameras, to calibrating the cameras and actors and creating actor skeletons. And there’s simply no way we could’ve captured that many players without Motive’s easy and fast workflow,” said Tyskling. 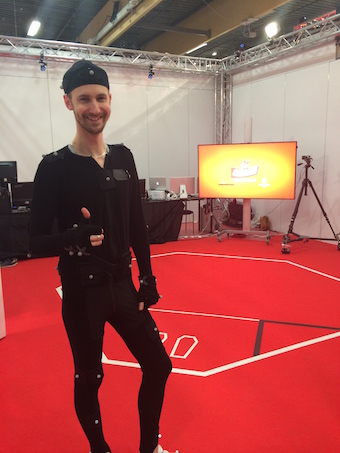 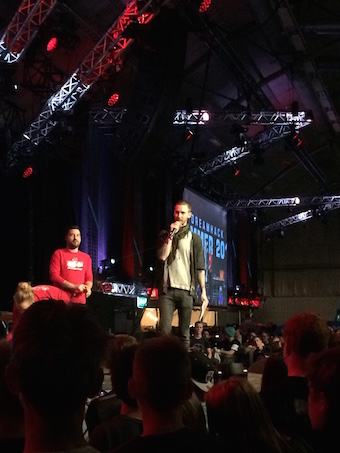 To effectively rotate participants through the game and account for a wide range of body types, the team pre-markered six motion capture suits and ten pairs of shoes in different sizes, as well as additional gloves and caps. By the end of the festival, the team captured data from more than 160 individuals ranging in age from 9 to 45 years and varying in height from 130 to 200+ cm, a feat that would not have been achievable without the OptiTrack cameras’ one-click subject calibration, considering full range of motion calibration can take up to 15 minutes per person.

Tyskling concluded, “This was our first time creating a live, interactive, immersive motion capture experience, and it went off without a hitch. We’re definitely looking forward to using OptiTrack technology in future projects.”