For the recent launch of its new Capra hiking boot, outdoor apparel brand Merrell aimed to make a splash with its adventure-loving customers by transporting them to a mountaintop using virtual reality (VR) technology. Merrell and its advertising agency, Hill Holliday, teamed with Framestore’s new VR and Immersive Content Studio to create “TrailScape”, the first ever “walk around” commercial VR project, which utilizes Oculus Rift VR headsets and OptiTrack’s motion capture technology.

Framestore developed a VR platform that combines the Rift’s highly immersive display with OptiTrack’s 3D tracking technology to map users’ physical movements to their position and perspective within the virtual environment – marking a technical leap forward in immersive VR. This combination of motion capture and VR lets Merrell fans virtually traverse the Dolomite Mountains in Italy, experiencing all the thrills and potential risks of a high altitude hike. The installation also includes physical elements such as a wood suspension bridge, a rock wall, and fans. 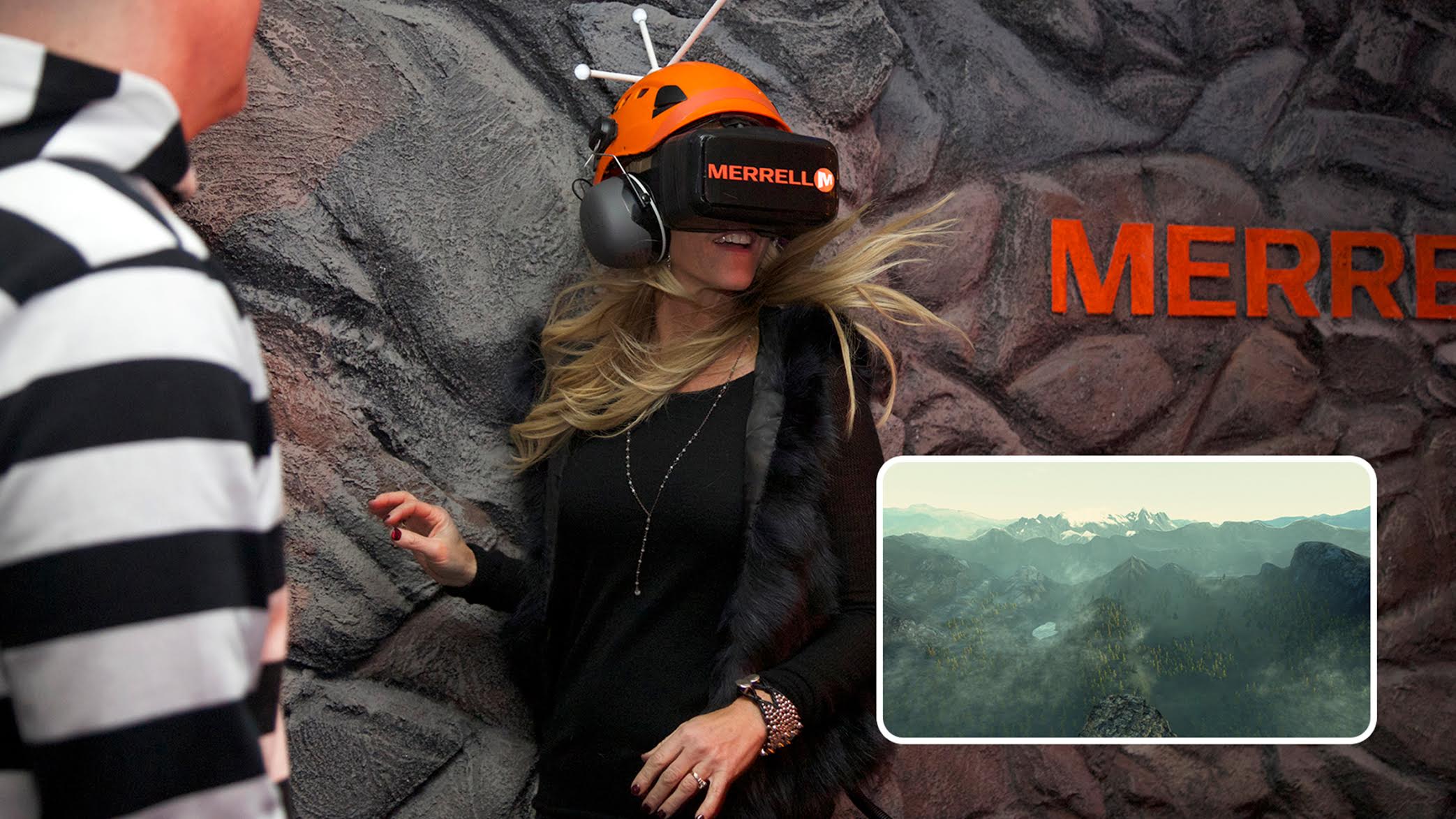 From concept to completion, “TrailScape” took about six months to execute. Framestore tested multiple motion capture solutions and ultimately chose OptiTrack due to its blend of precision and low latency – a crucial factor for updating the VR environment in real time as users move through the installation. The installation debuted at the 2015 Sundance Film Festival in Utah, and included twenty of OptiTrack’s Prime17W motion capture cameras plus Motive software.

“Merrell and Hill Holliday really wanted an experience that would resonate with consumers and inspire them to get outdoors. Walk around VR was something we had been itching to do for a while and this was the perfect opportunity. OptiTrack’s motion capture systems are powerful, reliable and ensured that ‘TrailScape’ would run seamlessly. We had no prior blueprint for walk around VR and OptiTrack was very supportive throughout the whole process,” said Christine Cattano, Executive Producer, Framestore. 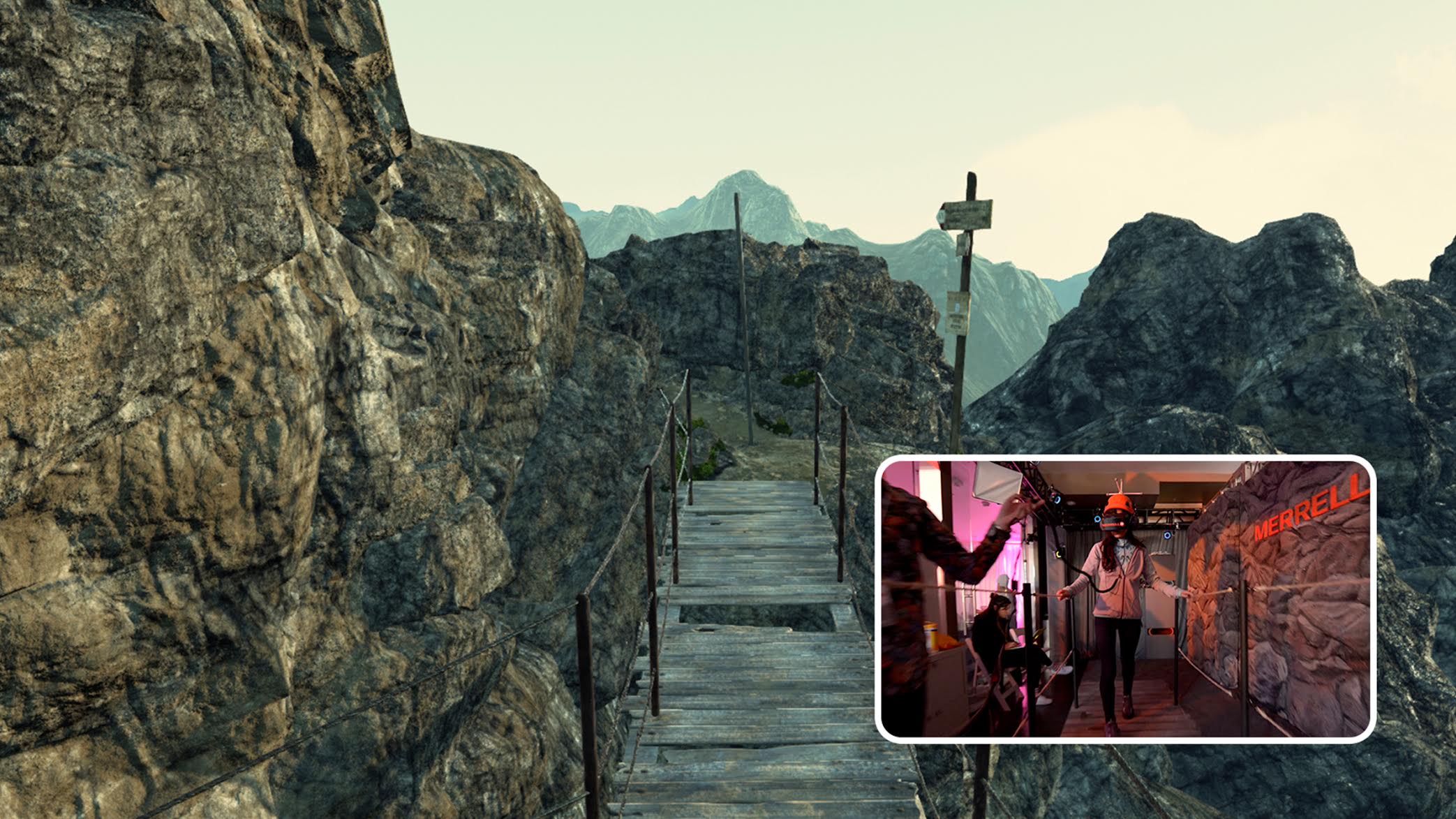 "We knew the experience we wanted couldn't afford to miss a beat when tracking participants as they moved around freely and in unpredictable ways, but also knew we needed to work within a tight footprint that wouldn't give us much breathing room when it came to camera placements. But even with the first demo Framestore walked us through, the performance of the setup blew our team away. Everyone on the ground at Sundance, including the competition, was very complimentary of the experience. "Blown away" was a term we heard a lot,” said Mike Rubenstein, VP Integrated Operations, Hill Holliday.

“Everyone from game developers to filmmakers to advertisers has been working to take VR to new heights, and motion capture is at the forefront of that push,” commented Seth Steiling, Marketing Director, OptiTrack. “By combining OptiTrack with VR, Framestore has expanded the scope and fidelity of its virtual platform, resulting in an immersive experience that is primed for a host of new verticals.”