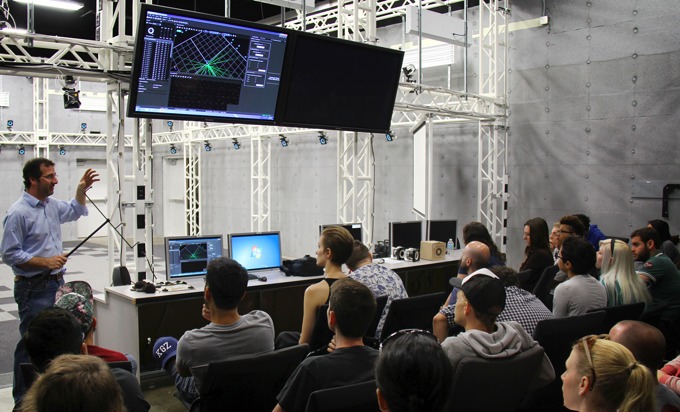 Corvallis, OR (October 31, 2014) — Renowned for educating some of the most distinguished filmmakers in the world, the USC School of Cinematic Arts (SCA) shapes the future of media content with its research on the science behind digital arts. Ahead of the Fall 2014 semester, the School installed state-of-the-art OptiTrack motion capture and tracking systems in three key locations within the Robert Zemeckis Center for Digital Arts. In addition to outfitting its revamped performance capture (PCAP) stage with OptiTrack technology, SCA established two new labs with integrated motion capture: a World Building Media Lab directed by award-winning 5D co-founder Alex McDowell and the world’s first university IMAX® theater.

“We are teaching the technology fundamentals behind films like ‘Avatar’ and that requires learning on equipment that is sophisticated, production-proven and intuitive. With a mocap foundation built on these new OptiTrack installations, our students will have the solid background necessary to evolve and thrive in a highly competitive industry,” said Eric Furie, SCA’s senior technologist and adjunct faculty in motion and performance capture.

He continued, “Virtual production and cinematography are very important parts of our curriculum. With the rise of real-time visualization, heavy use of previz and integration of live composites, the way we shoot media is changing. Students need to be trained for what’s next, and at the core of these emerging techniques, at least partly, is motion capture.” 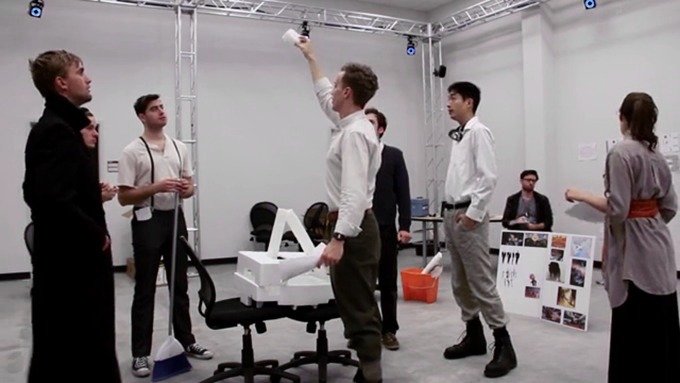 The brand new World Building Media Lab, which opened on June 9, 2014, focuses on using the power of technology to enhance storytelling capabilities. Utilizing Virtual and Augmented Reality, students can explore story logic from a multi-user viewpoint to create new narratives from inception through iteration and prototyping, into final multimedia making. OptiTrack’s real-time precision tracking enables artifact-free immersion via a number of display and control devices from the lab’s extensive toolkit.

Noted Furie, “OptiTrack’s architecture is extremely open from the beginning to the end of their data pipeline—a unique feature in mocap and a massive benefit in an educational setting. Our students can access data at any stage, enabling them to build custom workflows for projects, or even architect new optical tracking solutions from the ground up. These three new mocap facilities enable us to expand our course offerings and spark student imagination. With all the necessary tools now in place, we are anticipating a host of new proposals for innovative research and applications.” 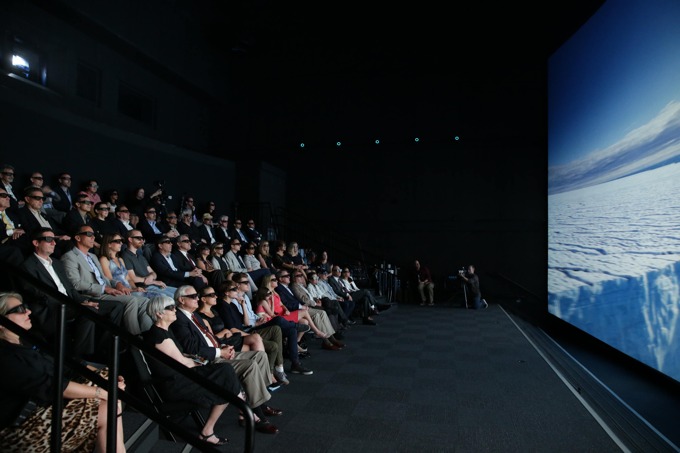 The very first of its kind in a university setting, the Michelle and Kevin Douglas IMAX® Theatre and Immersive Lab provides students and researchers with unprecedented access to the most compelling and largest format IMAX theater experience. The lab’s high-precision Prime 41 cameras measure human gestures for real-time interactivity with displayed media, live stereoscopic media, gestural interface and audience tracking.

“We were sold on the Prime Series’ range and 3D precision heading into installation, and we have since discovered subtle design details that turned out to be really huge. Time-saving features that lend to rapid system setup like single-operator aiming and focusing are as invaluable in an educational setting as they are on a hectic film set—and with full infrared illumination, we can blend real-time mocap with screening footage in the theater without interfering with the image’s color balance. These thoughtfully-designed features add up to create a uniquely usable motion capture platform. To top it off, OptiTrack’s customer service is unmatched. It’s definitely a thriving two-way relationship,” Furie concluded.

OptiTrack creates the highest performing 3D tracking hardware and software available today and has become the largest motion capture provider in the world. By delivering the best 3D precision, simpler real time workflows, on-site manufacturing enabling the industry’s lowest pricing, and free and open developer access, it has become the favorite of industry leaders in game and film production, university education and research, engineering, life science, sports performance and injury prevention, and many others.