Translating concept art and storyboards into the animated mannerisms of a larger-than-life CG monster is challenging for even the most talented animators. Luma Pictures – the team responsible for character development, animation, and film VFX for the Über Lycan in “Underworld: Awakening” – addressed this challenge with the assistance of an OptiTrack motion capture system, installed on-site at their Santa Monica studio. 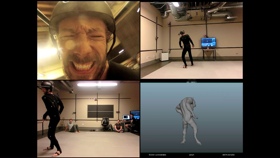 Luma’s animators utilized their OptiTrack system to record the movements of actor Kris Holden-Reid, as he brought the film’s most notorious creature, the Über Lycan, to life. Mocap was employed both to fine-tune performance points during previs and quickly create realistic reference animations that could be used as starting points for the final keyframing process. As Luma prototyped character animation and virtual cinematography alongside the film’s directorial team, new ideas could be fleshed out in real-time and then baked onto a character’s control rig for further post-animation in Maya. 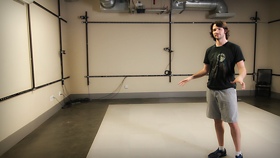 One of the film’s most high-profile shots, in which Quint Lane (Holden-Reid’s human character) violently transforms into a 13 ft. werewolf, was captured using 12 OptiTrack S250e cameras and a 24’ × 24’ stage designed specifically for the project. Observing the data as it was retargeted in MotionBuilder, in real-time, enabled the team to immediately identify the movements that could be most convincingly translated into the final transformation sequence. 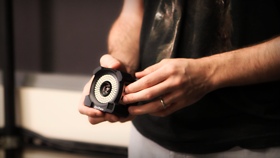 “OptiTrack data gives our team the freedom to experiment and iterate on our ideas quickly,” said Steven Swanson, Visual Effects Producer for Luma Pictures. “With mocap at our disposal, our ability to make decisions on final direction and export animator-ready scenes to our team has accelerated significantly. The system has already proven itself and this is only our first project with it.” 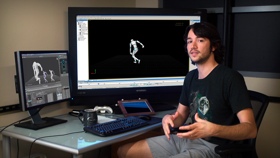 Besides being able to track nuanced actor performances with convincing realism, Luma required a mocap platform that could be easily incorporated into their existing ecosystem. “It had to be a system that was simple to set-up and pipe into MotionBuilder and Maya,” added Swanson. “OptiTrack fulfilled this need and gave us a quality of output that would keep pace with the most demanding of film projects.”

“Underworld: Awakening” is the fourth film in the popular vampire-werewolf saga. The films depict an on-going war between vampires and Lycans, usually through the character of Selene (Kate Beckinsale). “Underworld: Awakening” was the first film of the series to be presented in 3D and was released on January 20, 2012.

OptiTrack About Who's Using OptiTrack?Luma Pictures